Hit enter to search or ESC to close

Dr. Siraj A. Sayeed is a board certified, fellowship trained, orthopedic total joint replacement surgeon, specializing in primary and complex total shoulder, hip, and knee replacement surgery. He is the co-founder and President of the South Texas Bone and Joint Institute, in San Antonio, TX. His vision is to establish the premiere total joint center in the South Texas Region using state of the art technologies combined with unparalleled orthopedic expertise. This is exemplified by the mission of his practice; “To personalize orthopedic total joint care, with compassion and integrity for each patient.”

Dr. Sayeed attended medical school at the University of Kentucky, Lexington, Kentucky from 1998-2002. During medical school, he was always drawn to the field of orthopedic surgery as the field required a firm understanding of engineering principles and biomechanics. Dr. Sayeed went on to graduate with high distinction and was awarded the prestigious Alpha Omega Alpha Good Physician Award. He then went on to the world-renowned Mayo Clinic, Rochester, Minnesota, for his orthopedic surgery residency training from 2002-2007. After completion of his residency training, he was promoted to the rank of Major, in the U.S. Air Force, and served as a staff orthopedic surgeon at Andrews Air Force Base, Maryland, from 2007-2008.

Upon completing his fellowship training in 2010, Dr. Sayeed then was transferred to San Antonio, TX, by the U.S. Air Force. He served the U.S. Air Force honorably as the Chief of Total Joint Surgery for the U.S. Air Force, stationed at the San Antonio Military Medical Center (SAMMC), Fort Sam Houston, TX. He was promoted to the rank of Lieutenant Colonel and was the U.S. Air Force expert surgeon in the field of adult reconstruction/total joint arthroplasty. Dr. Sayeed has deployed to Afghanistan in support of Operation Enduring Freedom, caring for wounded U.S. and NATO soldiers from 2011-2012.

Watch Now: Learn More about Dr. Sayeed and the Practice 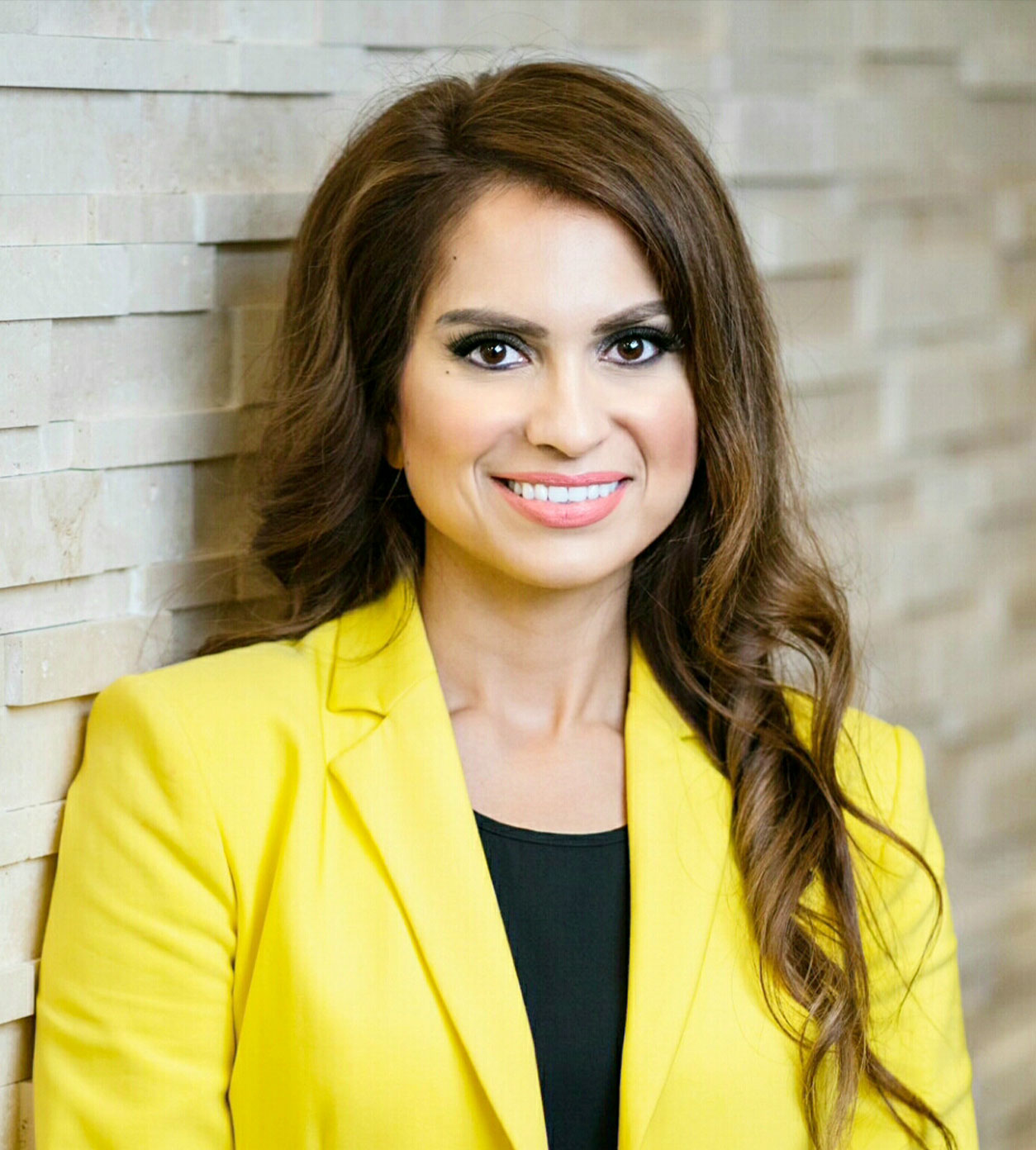 Huma was born in Kenya, spent her early years in Jamaica, and grew up in South Florida. She has a BBA from the University of Miami, an MBA from Nova Southeastern University, and an MPH from Florida International University with a specialization in Epidemiology.

She has a diverse background in Healthcare Marketing and Education teaching Undergraduate and Graduate Business courses. She co-founded South Texas Bone and Joint Institute with Dr. Siraj Sayeed in 2014. She oversees all managerial, financial, operational, and marketing aspects of the practice.

Huma has 2 children and 4 cats. She loves to cook, travel, read and is always involved in giving back to the community through various local and international organizations. 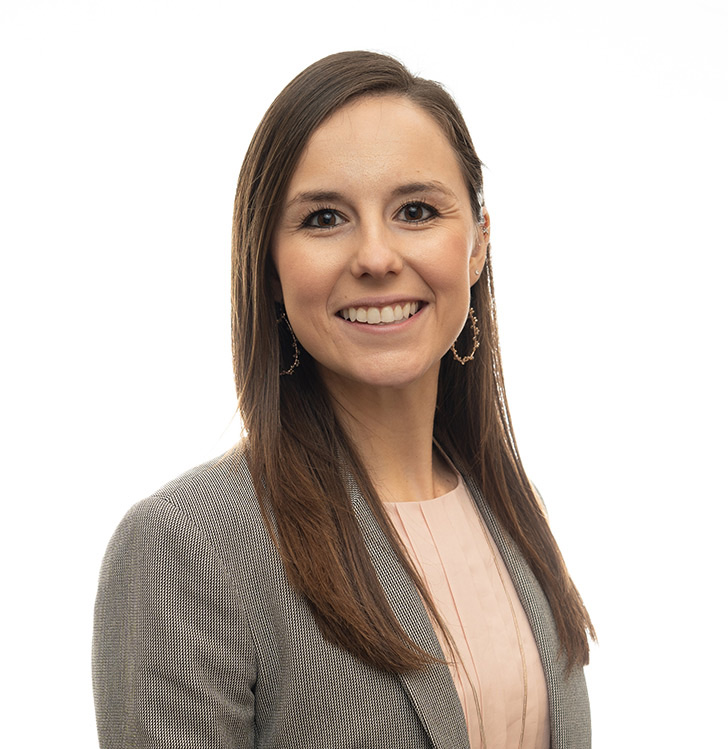 She is a member of the American Academy of Physician Assistants and the Texas Academy of Physician Assistants. Caralyne chose orthopedic surgery to assist patients’ in improving their quality of life and for the opportunity to work hands-on within the specialty. She exhibits genuine compassion for all of her patients, striving to do all that she can for each of them individually. In her free time, Caralyne enjoys playing with her dogs, making crafts, and hiking.

Christina has been with South Texas Bone and Joint Institute since they first opened. She is Dr. Sayeed’s Surgical Coordinator and the Office Team Lead. Christina has been in the medical field for 19 years. She is a certified surgical technologist/surgical assistant specializing in orthopedics. Christina enjoys weekend Karaoke and home improvement projects.

Roselynn was born and raised in San Antonio and is fluent in Spanish. She has worked in the medical field for 7 years and has been an office coordinator for 12 years. Rose always goes above and beyond to give patients an enjoyable experience. Her passion is caring for people and providing exceptional service. She is committed to making sure a patient’s visit is seamless and stress-free. In her spare time, she enjoys fishing and traveling with her family.

Sabrina is a medical office assistant and specializes in referrals, insurance verification and check out. She has been in the medical field for 6 years. Her main priority is to make sure our patients understand the process and to make them feel comfortable. She is married with 4 children, a bearded dragon and a dog. She loves FOOTBALL, joking and spending time with her family. 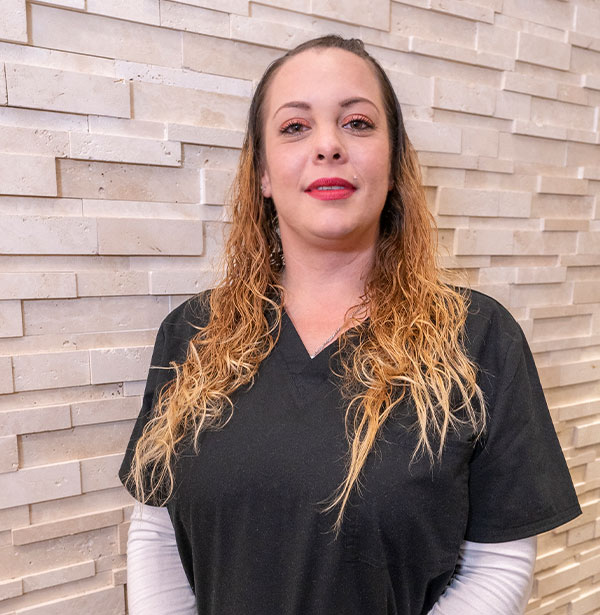 Joann is our front desk and reception specialist.